For centuries, most scientists agreed that the brain was hard-wired. This means that the brain was structurally and functionally fixed not long after the first year of development in childhood. In other words, it was believed that the development of the brain’s wiring at that point in time was permanent. This concept dictated that no change could be brought about in older brains throughout life. In the last one hundred fifty years, this belief was reinforced through erroneous conclusions that were primarily drawn from studies done involving the eyes. It has been known for some time now that the brain’s processes that set up binocular (two-eye) vision are, for essential reasons, the least changeable processes in the brain.

However, this thought is now obsolete and current theories are that brain plasticity rules.  Brain plasticity or neuroplasticity is a relatively new buzzword inside scientific circles.

It’s true that children can learn other languages more quickly, yet older brains are also capable of exercising their brain, creating new neuronal pathways, and acquiring a second language, for example.

Dr. Merzenich, professor emeritus of the University of California at San Francisco is a world-renowned neuroscientist; a pioneer in brain plasticity research. His research group at the University of California in San Francisco has provided multiple significant insights which have expanded the use of brain plasticity beyond what had been realized. Possibly the most far-reaching headway they attained was the demonstration of how these processes could be used therapeutically in training neurologically, psychiatrically impaired, dysfunctional brains, or brains functioning below their capacity. Measurable improvement can also be achieved in normal brains in terms of advancing brain fitness to the optimum or near optimum level of operation. These proven methods ultimately led to Merzenich co-founding Posit Science Corporation headquartered in San Francisco, California where he is Chief Scientific Officer. Posit Science specializes in neuroplastic treatments; computer software training exercises customized to specific challenges such as auditory processing disorder.

Dr. Merzenich shares an account concerning David who had a severe auditory processing disorder. David’s hearing was normal, however, his brain only very crudely encoded-word sounds. He could not speak. David willingly began the online exercises. For the first several weeks no noticeable changes were detected in his speech reception accuracy. Regardless, with support from his family, David stuck with the program. Shortly it was observed that his ability to comprehend what others were saying to him was improving. He and his parents were motivated to continue the training. Intense training for about one hour daily over many weeks paid off.  David began to speak. A month later he was able to carry on a simple yet meaningful conversation with his parents. It has been reported that now he talks to anyone who will listen. David’s brain has been rewired. He no longer suffers from a mute brain that could not understand others.

What is the purpose of sharing this story? David changed his physical brain through training and practice. A mute and non-understanding person has broken through, free from his disabilities. Choosing to break free from chronic subjugation requires the same determination and practice. Consistent training in the Steps of Part II of my proposed book will rewire your brain, preventing default to subjugation, achieving greater neurological improvement and personal growth. A happier, healthier, freer life will result.

In Merzenich’s book Soft-Wired: How the New Science of Brain Plasticity Can Change Your Life recounts the above facts regarding how hard wiring of the brain was generally accepted years ago. Yet he states: “Even while the predominant view shifted in the middle of the century to the claim that older brains were incapable of change, there was a small group of brain scientists, the “physiological psychologists,” who were busy documenting many aspects of brain plasticity. Sadly, almost no one in the mainstream camp (myself included) paid enough attention to them.”  Now he adamantly declares: “Nothing could be further from the truth.”

Brain plasticity refers to the flexibility of the brain; plasticity has nothing to do with the term plastic used within the general population. This ground-breaking concept also termed neuroplasticity defines the ability of the brain to change its structure and function at any age throughout life. Meditation and prayer have been found to alter the brain, enhancing well-being and producing a calm state, especially in those individuals who have exercised these practices consistently over an extended period of time. The verifiable truth is that anxiety and depression neuronal pathways can be replaced with healthy, positive pathways over time. Psychotherapy, specifically cognitive behavioral therapy is another paradigm that has been proven to successfully alter pathways in the brain over time.

It should be noted that changes in the brain due to this same neuroplasticity can also be detrimental. If the thoughts rehearsed over and over are negative or incorrect, these deep-rooted and firmly established wirings can bear the negative fruit of depression, anxiety, and obsessive thoughts leading to multiple issues including suicide.

I have included Dr. Merzenich’s Ten Fundamentals of Neuroplasticity in Part II of my proposed book to provide the science-based research evidence giving added credence to the steps required to break free of chronic subjugation. Through hard work, determination, focused attention, and practice, practice, practice this dysfunctional habit can and will be overcome. A learning curve is to be expected in any new endeavor. Breaking free of chronic subjugation is no exception. The positive practice of what you are learning will result in a healthier brain that will positively affect your emotional, mental, and physical well-being no matter what age. Remember, thought can rewire the brain. 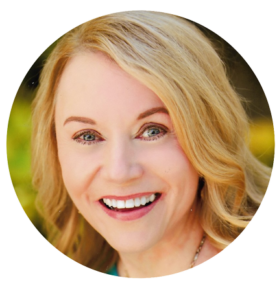