Chronic subjugation begins in the mind, the battlefield where choices are made. This particular battle involves choosing truth over compliance. “Shall I say what I really believe, or shall I choose to please no matter what it may cost me?” We must choose to either speak the truth appropriately or comply unwillingly. When we choose the second option, self-condemnation reigns, and stress and anxiety are the result.

When a pattern of chronic subjugation develops, subjugation becomes an automatic choice through which an individual habitually and unconsciously attempts to please another person or group. Those who chronically subjugate often ask themselves, Why did I say yes? I have too much on my plate as it is! I am such an idiot! Why do I always give in to others?

Chronic subjugation is always costly. It generates chronic stress. The habitual practice of trying to please at the cost of compromising the integrity or fearing retaliation for noncompliance produces internal conflict. As a result, boundaries crumble, apprehension and anxiety occur, and uneasiness and dread take over. Severe self-loathing, anger, and depression can be the result. Anger is one of the major symptoms of chronic subjugation.

We know that some stress is necessary for life. We need stress to produce creativity and a healthy motivation to learn, for example. Chronic, overwhelming stress, however, is unhealthy. Failing to be true to ourselves crosses the line of integrity, producing mental, emotional, and physical distress.

The Science of Stress and Anxiety

The way we think, feel, and act affects the health of our bodies (including our brains). This is called the mind-body connection. Dr. Kenneth Pelletier, in his book Mind As Healer, Mind As Slayer, states, “The word ‘connection’ is a bit of a misnomer, actually, because it is really just one bidirectional system.” In other words, the connection between mind and body goes both ways. The mind affects the body, and the body affects the mind. The mind-body connection is real. So when our thoughts and actions don’t agree, there is a price to be paid. If we say yes when we mean no, we experience internal conflict and that produces stress.

The word stress was coined by Hans Selye, MD, in terms of its modern application to our bodies, minds, and emotions. Selye was a Canadian biochemist at McGill University in Montreal who first mapped out the biological effects of emotions, such as fear and anxiety. In 1936, he defined the general adaptation syndrome of which the fight-or-flight mechanism is part. The fight-or-flight mechanism is the physiological response of the body that automatically occurs in the presence of something that is mentally or physically terrifying or disturbing. Selye’s then-radical findings were published in a straightforward article in the scientific journal Nature. He was so convinced of the extremely negative effects stress can produce that he concluded, “The modern physician should know as much about emotions and thoughts as about disease symptoms and drugs. This approach would appear to hold more promise of cure than anything medicine has given us to date.”

Further scientific research has shown how stress affects our bodies, causing them to produce the stress hormones adrenaline, norepinephrine, cortisol, and more. These hormones are released by the adrenal glands and produce the fight-flight-freeze response. Adrenaline and norepinephrine are key stress hormones involved in this response. Adrenaline and norepinephrine are both neurotransmitters, which relay brain impulses from one cell to the next. They are responsible for the immediate reactions we feel when stressed. These two hormones trigger the release of glucose from stored energy, increasing blood flow to skeletal muscle and oxygen flow to the lungs and brain.

For example, if we hear a loud bang and think a shot has been fired, our heart rate increases, muscles tense, breathing rate increases, and sweating may occur. These are the effects of adrenaline and norepinephrine. Blood flow shifts from less needed areas, such as the skin, to more vital areas, such as the muscles, in preparation for fight or flight. Adrenaline also focuses our attention, like a hunter putting a deer in the crosshairs of his riflescope.

While adrenaline and norepinephrine can be helpful, they can also be detrimental if the improper amount is stored in the bloodstream. High levels of stress generate chronic over-production of these hormones. Too much adrenaline is associated with the negative results of anxiety, insomnia, and reduced immunity to disease. Too much or too little norepinephrine can be connected to developing issues regarding mood, blood pressure, energy levels, and more.

Cortisol, a steroid hormone, is known as the stress hormone. When any kind of threat is perceived, the part of the brain is called the amygdala response. The amygdala is the brain’s alarm system. When this alarm system goes off, the adrenal glands produce cortisol. In the fight-flight-freeze response, the ideal amounts of cortisol can be lifesaving. Cortisol helps to sustain blood pressure and fluid balance while controlling some noncritical body functions, such as growth and digestion.

Now, these hormones and neurotransmitters are released, not only in dangerous circumstances or emergency situations but also in stressful situations or environments, including the workplace and the home. This is why those who chronically subjugate often suffer from imbalanced hormones, experiencing symptoms such as depression, anxiety, and deteriorating health. When chronic subjugation is present, a pattern of chronic stress and/or chronic anxiety is the result. The habitual practice of trying to please at the cost of compromising the integrity or fearing retaliation for noncompliance produces incredible conflict within. Consequently, boundaries fail, apprehension and chronic anxiety occur, and uneasiness and dread take over. Severe self-loathing, anger, and depression can be the result. And this is how it usually gets verbalized: “Why did I say yes? I have too much on my plate as it is! I am such an idiot! Why do I always give in to others? I am so stupid and pathetic.”

Both stress and anxiety are part of the fight-flight-freeze response. Often used interchangeably, the technical definitions of the words stress and anxiety do differ significantly. However, stress and anxiety do have similar symptoms and can overlap, therefore, it can be difficult to discern between them at times. Among the symptomatic responses they share are increased heart rate, faster breathing, diarrhea, and constipation. Stress adds to its’ list of symptoms: anxious thoughts, moodiness, irritability, anger, general unhappiness, a feeling of being overwhelmed, loneliness, nausea, and dizziness. Anxiety adds to its’ list a feeling of uneasiness or dread, sweating, nervousness, tenseness, and restlessness. Having a panic attack is a result of anxiety, not stress. 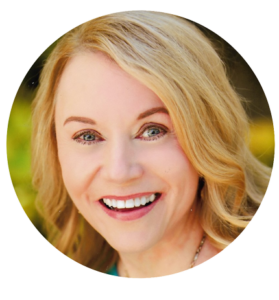